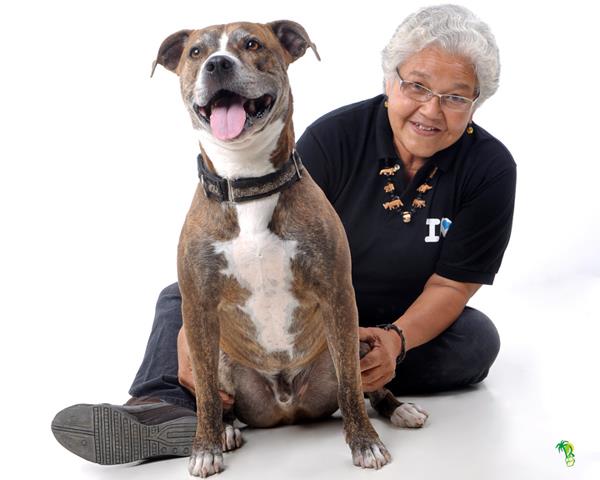 Nena’s role within IRO extends beyond Founder and Executive Director to Manager of IRO’s Pit Bull Rehabilitation Centre based out of its Talamban shelter. Nena was heavily involved with the rescue of the Pit Bulls following a raid on a dog fighting ring in Indang, Cavite in December 2011 and in San Pablo, Laguna in March 2012. Having been active in Pit Bull rescue, rehabilitation and rehoming in the US as one of the founders of Fresno Bully Rescue, Nena had one day hoped to incorporate Pit Bull rescue into IRO’s work but the addition of 63 rescue Pit Bulls was something she had not prepared for! A new facility was set up specifically for the Pit Bulls and the mammoth task of rehabilitating the dogs and finding them each a forever home began. It was through one of these rescued Pit Bulls, Lolo Ali, that a new IRO facility was established at Nena’s own farm in Barili to provide care for special needs dogs. Nena is Manager of the Lolo Ali Centre which houses up to 10 dogs at a time that are receiving hospice care, medical treatment or rehabilitation.

Though funding remains one of the biggest challenges for IRO, Nena hopes that one day the organization will be financially self-sufficient so it may have the means to not only provide for the animals in its care but assist other rescue organizations and boost animal adoption numbers. One of her proudest achievements has been the construction of IRO’s Talamban shelter where the first residents to move in were the Pit Bulls in March 2015.

As it has grown over the years, Nena has seen the need for a greater awareness and education within the community in order to really make a difference in issues such as responsible pet ownership and animal welfare. “We realized early on that what IRO had to focus on was developing a long term vision where through education and being role models, IRO and other rescue organizations would no longer be needed”. Using the concept of “it takes a village to raise a child”, Nena applies this to IRO’s practices, “in order for real change to happen, it must come from society and its people”.

As well as sharing her home with the residents of the Lolo Ali Centre, Nena’s ‘pack’ includes 8 dogs, 3 cats and one of IRO’s more unusual rescues, a pig called Junior. 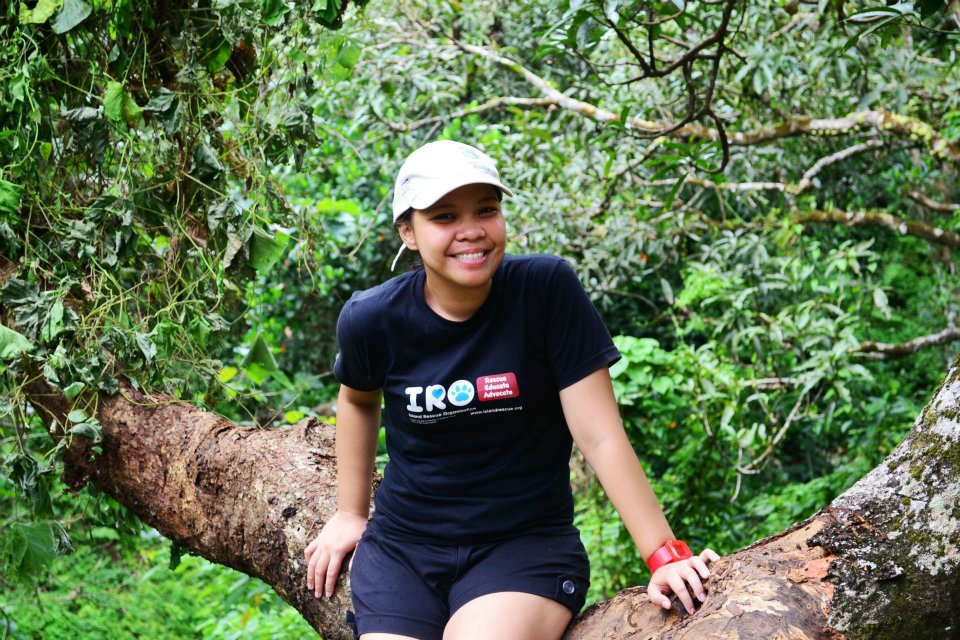 As one of the ‘original’ IRO volunteers, Caroline has been a part of the organization even before its inception after meeting Founder and Executive Director, Nena Hernandez, while researching animal shelters and rescue organizations in Cebu online. It all began with a meeting of like-minded people who wanted to help make a difference. “At the time there was no animal welfare or rescue organization and Nena was planning to start one. So a group of us met to share ideas on how to start the organization. We were apprehensive at first, was Cebu ready for this kind or organization?” Caroline notes the struggle IRO face initially with convincing people about the significance of the organization and the value of its contribution to society. However, over time, support from the community started coming in and partnerships with government agencies were formed to help improve the lives of animals.

After five years of watching IRO grow from strength to strength, Caroline believes strongly in animal welfare education to facilitate real change within the community. With a greater knowledge and understanding of issues such as animal welfare laws, responsible pet ownership and the importance of neutering and spaying, Caroline believe a real difference can be made. She also believes firmly in the concept that humans are all stewards of this earth and as such have a responsibility to take care of it, including the animals that we share it with.

As Vice President and a Board Member of IRO, Caroline knows all too well the challenges that the organization has faced with limited resources and funding being a struggle since it first started. Happily, through the support of donations both locally and internationally, IRO has been kept afloat. Like the other Officers, Caroline sees animal adoptions as amongst the greatest achievements for IRO and hopes to see adoption rates increase as awareness of IRO continues to spread. Additionally, the construction of IRO’s new shelter in Talamban to house its residents and where visitors, volunteers and potential adopters can meet the animals is hoped to have a positive effect on adoption numbers. Caroline hopes that one day, the shelter will include medical facilities to cater to the need of any animal that IRO rescues as well as educational facilities to enable schools, community groups, businesses and like-minded organizations become more aware of animal welfare and the role everyone plays in improving the lives of animals for the future.

Though she believes that IRO has helped to improve the awareness of animal abuse within the community, Caroline still believes there is a long journey ahead, “the public are starting to become more vigilant when it comes to animal abuse. More and more people are reporting incidents and I think that is a good start. We need to continue to educate people and provide them with the resources to know how they can stop more cases of animal abuse and maltreatment from happening”.

Happily “owned” by her dog, Caroline also cares for a number of fiesty Puspins.