IRO’s work is based around 3 main principles – Rescue, Educate and Advocate. 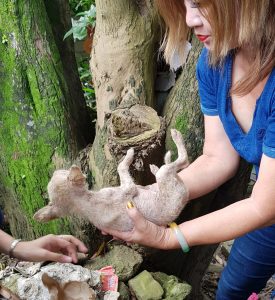 IRO’s rescue work takes it out into the community where it has been involved in many cases of cruelty, abuse, neglect and abandonment. In January 2012 IRO was involved in its biggest and most challenging cases to date, the intake of 63 Pit Bulls who were rescued during a raid on a dog fighting ring in Indang, Cavite. Happily, many of the dogs rescued in this operation have found their forever homes.

But while some of the animals arrive at the shelter with a story, the history of others is more uncertain. Many of the animals in IRO’s care are strays that have been rescued from the street and for some; their rescue story may be a longer journey. However, there is no time limit on how long an animal will remain with IRO while they await adoption into a forever home and IRO has found homes for numerous animals both locally and abroad. With over 100 animals in its care at any time and regular appeals for assistance from the public, animal rescue remains at the core of IRO’s work.

IRO strives to be a source of education to the public about issues such as responsible pet ownership, neutering, adopting, humane treatment of animals, animal behaviour and animal health. IRO is proud to be a community-driven organization that participates in educational talks at various events, schools, groups and businesses to build awareness of animal welfare issues within the community.

Using the concept of “it takes a village to raise a child”, IRO believes that in order for real change to happen, it must come from society and its people. Education is not only the key to addressing current concerns but about finding long-term solutions to bring about a shift in perspectives where it is hoped that one day, rescue organizations like IRO will no longer be needed. 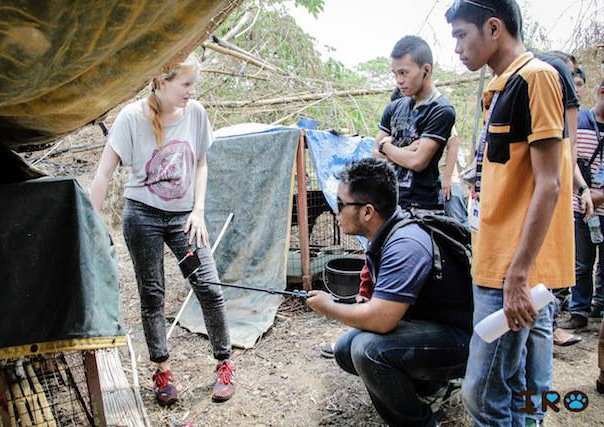 On February 11, 1998, the Animal Welfare Act, Republic Act 8485 became enacted by the Philippine government with the aim to protect and promote the welfare of animals, prevent abuse, maltreatment, cruelty and exploitation of animals. On October 3, 2013, Republic Act 10631 amended certain sections of Republic Act 8485, with stricter penalties for animal abuse, torture, and abandonment. Although these Acts provide valuable legislation from which those who were guilty of breaking the law can be held accountable, the fight to enforce these laws and protect animals from abuse and cruelty remain an ongoing battle for organizations such as IRO.

Since its beginning in 2010, IRO has strived to give a voice to animals and owners alike in cases of abuse and neglect. Working alongside local and national authorities and the dog loving communities, IRO is committed to helping the community take a stand against animal cruelty issues. Only through a proactive approach by the public to speak up and voice their concerns can change really happen.